"The season's theme, Paris-Byzance, Lagerfeld explained, was inspired by the Empress Theodora and the lost culture of Byzantium. In typically rapid-fire mode, he noted: "Theodora was a circus artist who became empress, like Chanel, who was a little singer and became a fashion empress." Ba-domp-bomp! Mostly, however, the reference came via Coco's Byzantine-inspired Gripoix jewelry, which is instantly recognizable even today." - style.com 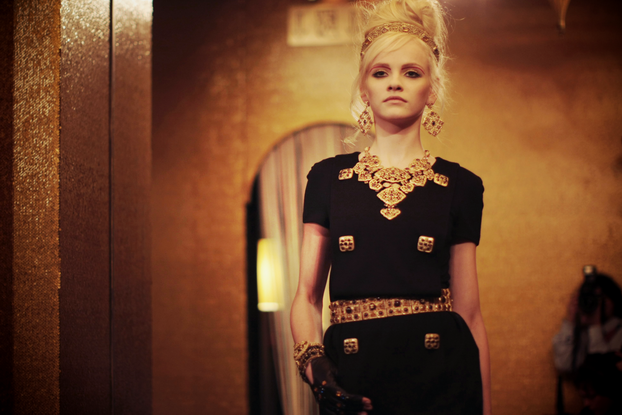 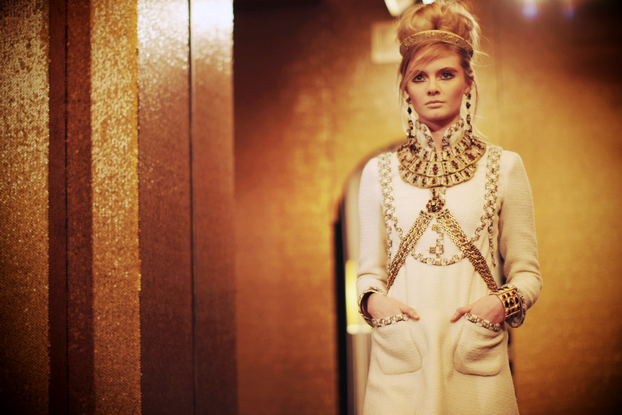 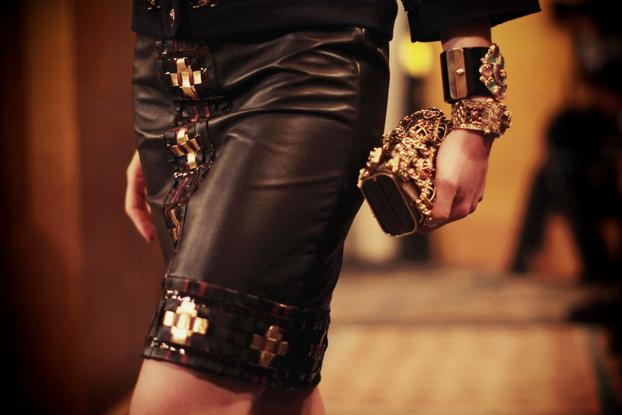 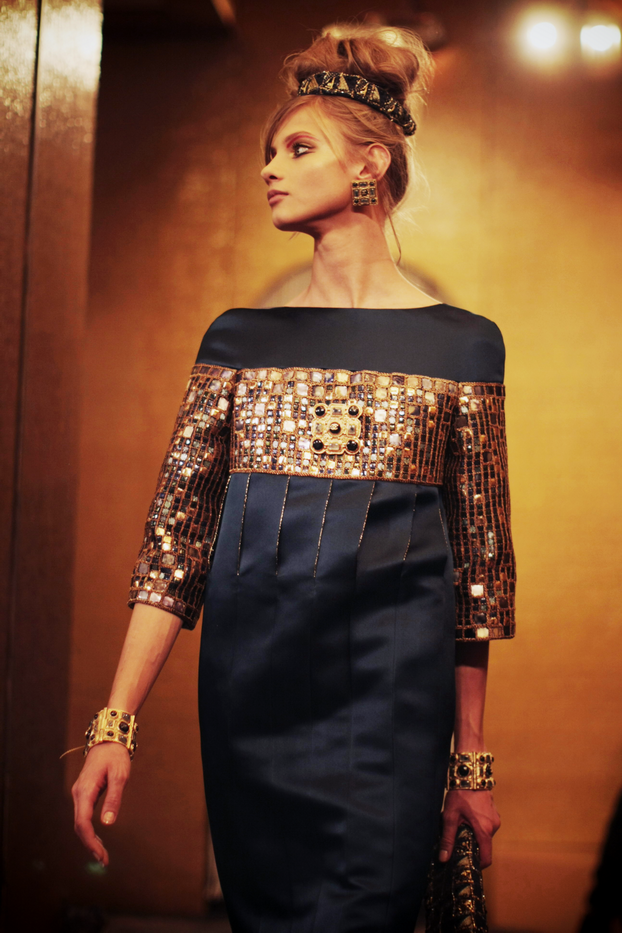 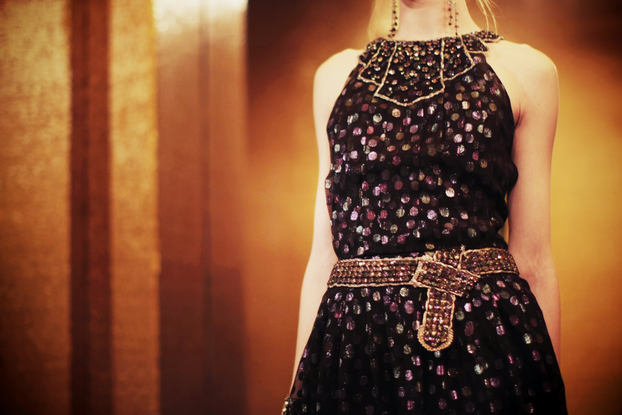 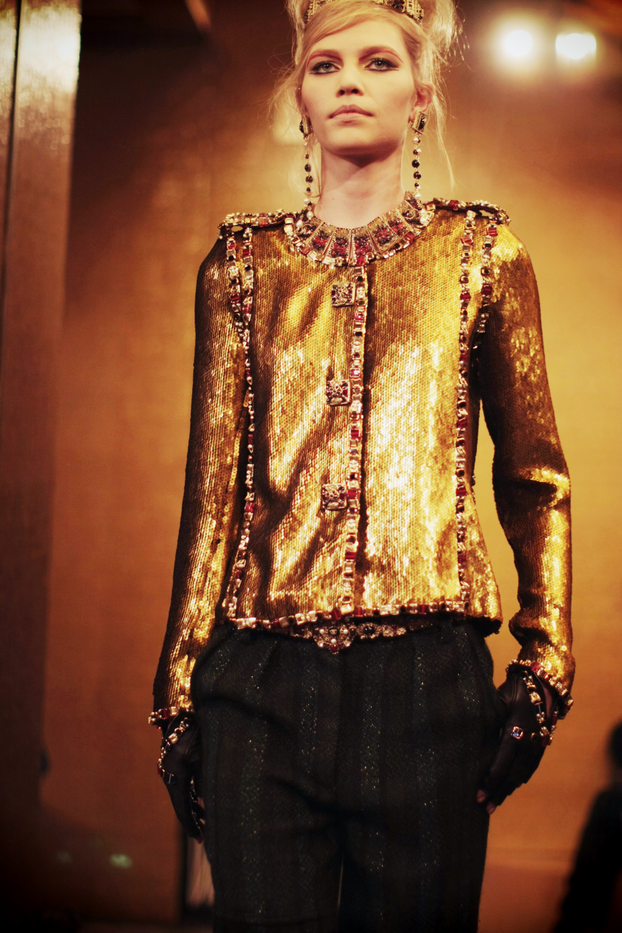 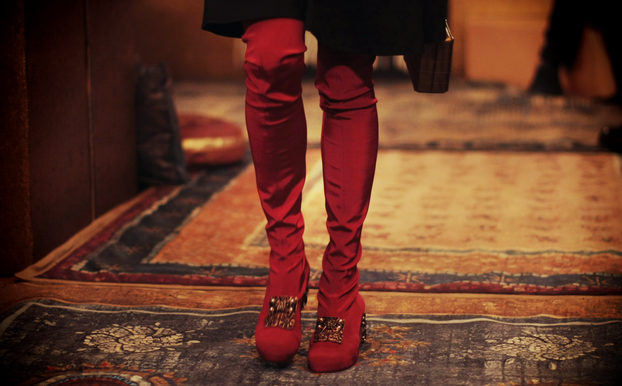 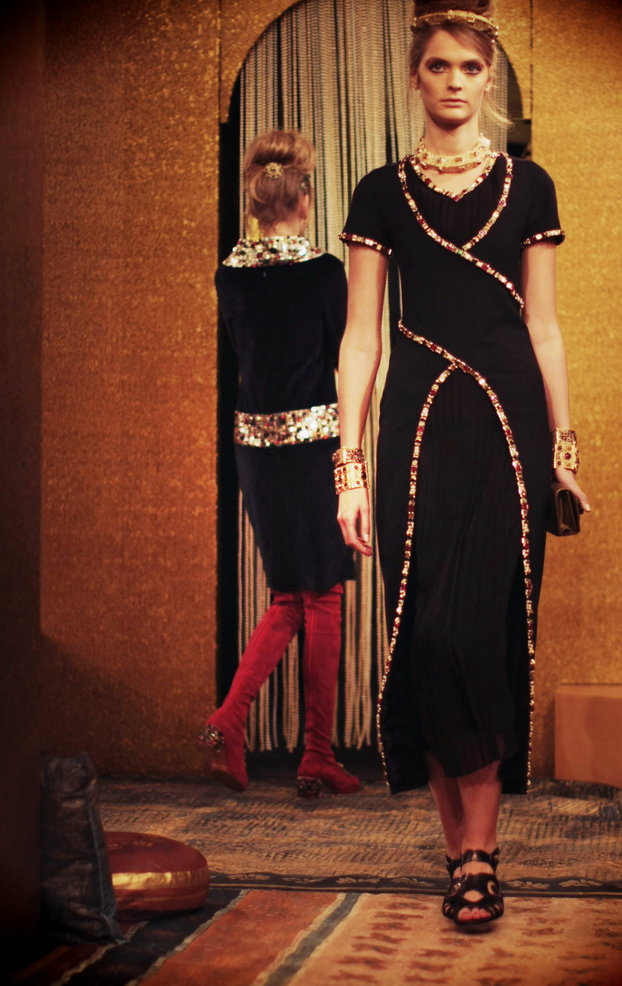 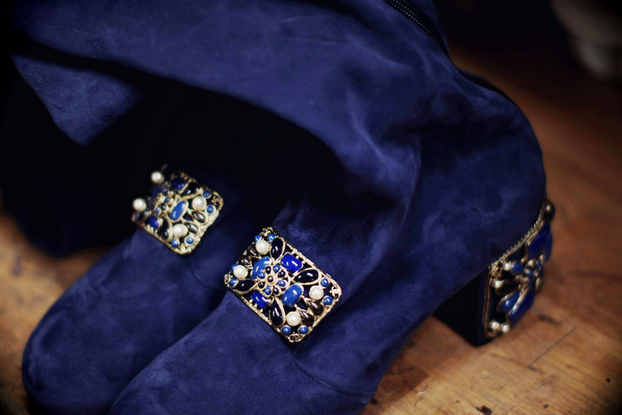